The internationally acclaimed Finnish concert artist and flute soloist Ulla Suokko has been featured in many of worlds most important concert halls, but also in the humblest of conditions in the remote villages where her arts serves as powerfully and as importantly her passion and purpose. Music has brought her to almost all Europe, the United States as well as to some more faraway countries such as Mongolia, Japan, Uzbekistan, Azerbaijan and Egypt.  She made her official New York debut in Carnegie Hall as the Winner of Artists International Auditions.

She received the Doctor of Musical Arts -degree from The Juilliard School, her thesis being on Music and Rhetoric in the Baroque, showing how the art of oration was adapted to make music more communicative and persuasive.

Currently Dr. Suokko lives in Peru and is sharing from all her experience with the Peruvian audiences and giving master classes for the young Peruvian musicians, capacitation for school teachers as well as workshops and presentations on various topics for multiple audiences, both children and adults.

In a short time she has has the opportunity to perform in many important scenarios in Peru, including Gran Teatro Nacional, Teatro Municipal de Lima, ICPNA, in international festivals such as Festival of Winds of Cusco, Lima Contemporary Music Festival, International Storytelling Festival “Todas las Palabras Todas”,  Festival of Scenic Arts “El Arte Del Sol”, and many more. This year mark 100th anniversary of her native Finland and she will be representing Finland in many concerts and events in many countries.

The purpose of her versatile international work is to open hearts and inspire dreams through music, poetry, stories and imagination. She is known as an inspiring artist and an ambassador of light, joy and humanity. 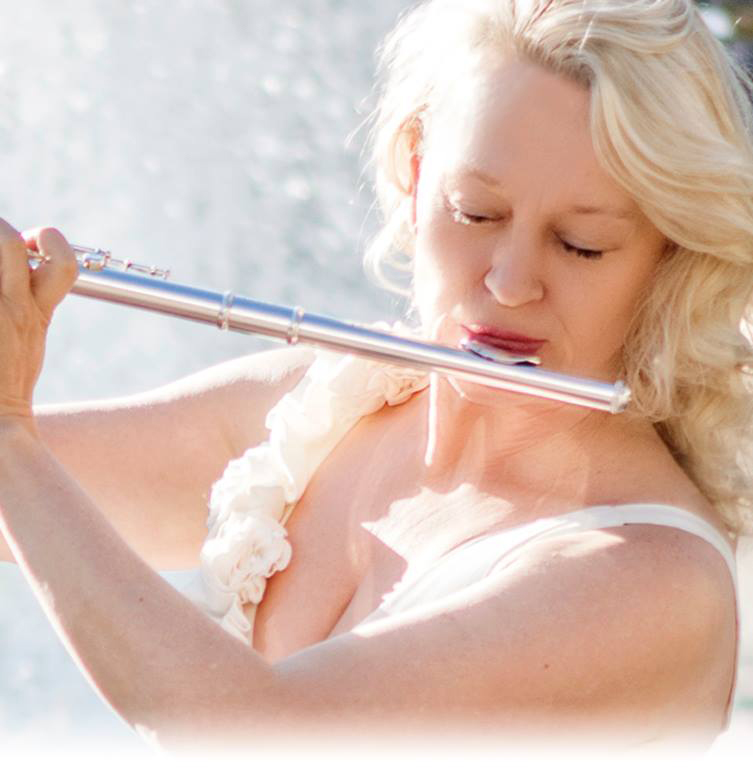 Her flute recital was not a recital in the traditional sense: it was a theatrical presentation, a scientific study, an essay of meditation, a frolic, a history lesson, an exploration of the unexplored, and a reinventing of not just what the flute family can do, but how the heart, mind, body and soul can communicate through its seductive overtones…

Ulla Suokko is an improviser and cosmopolitan shaman who creates a sacred and sensual sounding space of prerecorded sounds with improvised live music using voice, concert flutes, drums, bells, stones, water and traditional flutes made of feathers and bones.

Embracing the here and now, her music invites us to remember and to activate our ancestral memory. Her sounds invoke, inspire, awaken and invite you to listen with all your being.

Often the audience has an important part in these works through voice, breath and movement. You are invited to listen with all your senses and allow an expansion of your heart and imagination.